Kevin Locke and Max Defender Jr have been honored to present at the 21st edition of the Rainforest World Music Festival July 13 to 15, 2018 at the Sarawak Cultural Village and Damai Central, a 45 minute from Kuching in Malaysia. 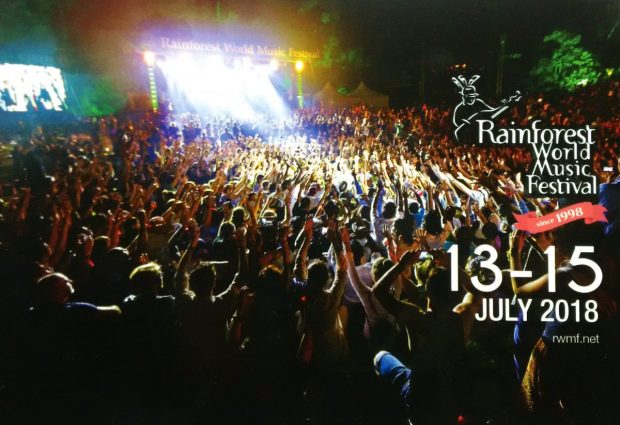 The Rainforest World Music Festival (often abbreviated as RWMF) is an annual three-day music festival celebrating the diversity of world music, held in Kuching, Sarawak, Malaysia, with daytime music workshops, cultural displays, craft displays, food stalls, and main-stage evening concerts. The festival has been awarded 25 of the best International Festivals by Songlines for six consecutive years; from 2010 to 2015.

The festival features a wide range of performances from traditional music, to world fusion and contemporary world music. The festival emphasizes the use of traditional acoustic world instruments, although electric accompaniment instruments are common.

Max Defender has performed many times in the past with Kevin , most recently at Smithsonian Folk Life Festival back on July 4th weekend in 2016.