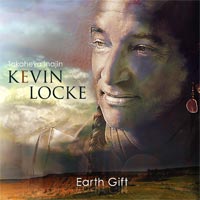 The songs of this recording echo the earth rhythms, and invoke the reality that all of life can come to us through the act of singing. Each is part of a larger whole, a ritual, calling forth the divine energy that is the object of the prayer. They are sung for the animals and in ceremonies to Eagle and Thunder, connecting the people to the sacred through sound.
01. Walk Against the Wind
02. At First Light
03. Buffalo Said To Me
04. What the Eagle Sees    05. Thunder Horse, Clouds
06. I Sing for the Animals
07. Muskrat
08. Clouds Gather    09. First Lightning
10. When Thunder Calls
11. Earth Gift
$10.00 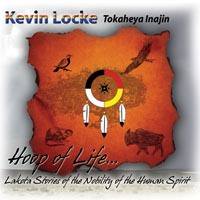 First received through his Lakota elders, in Kevin’s care these four ancient stories and one personal narrative become universal prayers for global unity, acceptance of cultural diversity, and peace. The inspired sound of his flute and additional Lakota-language narrative beautifully complement the storytelling on this innovative recording. 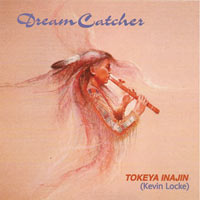 This sublime collection of songs are from the Lakota, Dakota and Meskwaki nations, generously shared with Kevin in a spirit of unity and love, and in an acknowledgement of the dawning of the long-awaited day of a new efflorescence for native peoples, a day in which the spiritual destiny of the American Indian will be fulfilled.    Temporarily out of stock
$10.00 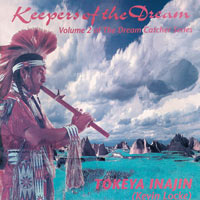 Blended with natural sounds of the wild Northern Plains, these soothing solo flute songs and Lakota chants transport listeners to the region from which these enduring melodies and living traditions arise, giving a rich uninterrupted soundscape that echoes a spiritual journey.    $10.00

Preserving the Heritage: Insights and Songs from Kevin Locke 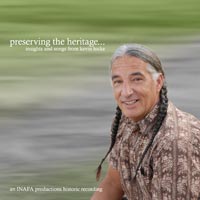 The second CD in the World Flute Society’s Historic Flute Series. The World Flute Society is a musical and education-based organization whose goal is to foster the advancement, appreciation, preservation, and understanding of the Native American flute, as well as other world flute traditions. For further information about the organization, please visit: www.worldflutesociety.org    Temporarily out of stock
$10.00

Flute Planet: Songs and prayers from the Top of the World 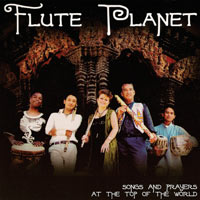 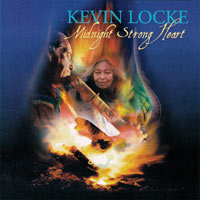 These are timeless American Indian songs with contemporary instrumentation, which to Kevin embody evolving lessons of good citizenship and celebrate our individual and collective heritages alike. Backing Kevin’s indigenous flute are electric guitar, bass, viola, saxophone, synthesizer and percussion.    Temporarily out of stock
$16.00 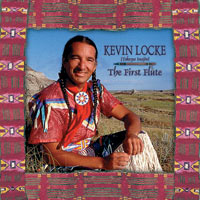 “Best Traditional Recording” 2000 Native American Music Awards. Recorded outdoors at Sitting Bull’s camp on Standing Rock Lakota Reservation, this album has been described as “the ultimate presentation of American Indian flute, heard as it first was among the birds, wind, and waters of the Dakotas.”    Temporarily out of stock
$16.00 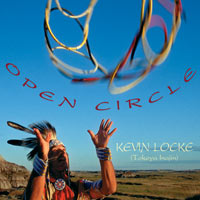 Ancient Northern Plains flute songs enriched with a rhythmic, all-acoustic blend of indigenous instruments from around the world (didgeridoo from Australia, ocarina from Central America, berimbau from Brazil, drums from Africa and the Caribbean) and extraordinary nature sounds from the Dakotas. CD includes illustrated, full-color, 16-page booklet.    Temporarily out of stock
$16.00

The Flash of the Mirror 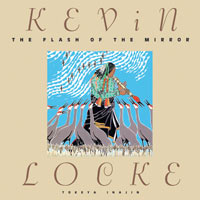 A proud and powerful collection of solo flute pieces, these songs honor springtime with its new, fresh world of light, warmth, movement, sound, color and fragrance. Herein are songs learned from Everett Kapayou, a Meskwaki elder who devoted himself to upholding the honor and sacred tradition of his people.    Temporarily out of stock
$16.00